A new, limited clinical Experiment released Wednesday reveals that a dose of laughing gas may assist some people with difficult-to-treat Depression. People who inhaled nitrous oxide reported improvements in their depressive symptoms after that, according to the study. It was also shown that persons saw identical gains with a lower dose than a higher one but significantly fewer adverse effects.

Because of the euphoria and dissociative hallucinations, it can create when inhaled, nitrous oxide (N2O) has long been used as an anesthetic and occasionally recreational drug. However, nitrous oxide was investigated as a potential treatment for Depression by Peter Nagele, a researcher and trauma anesthesiologist at the University of Chicago, and his colleagues a few years ago. 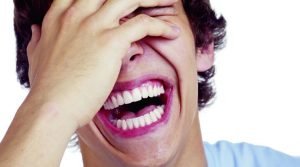 Nagele said in an email, “It started with the observation that ketamine, a different anesthetic with similar mechanistic properties like nitrous oxide (likely via NMDA-receptor blockage), was found to be a rapid antidepressant that also worked in patients with treatment-resistant Depression. By connecting these dots, we hypothesized that nitrous oxide may also be an antidepressant.”

According to their preliminary research, inhaling an hour’s worth of nitrous oxide, mixed at 50% concentration with oxygen, could produce “rapid and substantial antidepressant benefits” in patients with treatment-resistant Depression. This new study is a Phase II controlled trial of the therapy published in Science Translational Medicine on Wednesday.

These trials are used to learn more about a possible drug’s efficacy and safety, generally by doing an experiment with various doses. The tiny study enlisted 28 volunteers in a crossover design. All of the volunteers are exposed to all of the trial’s circumstances, and their reactions are compared.