A new study shows that Johnson & Johnson’s COVID-19 vaccine increases a person’s risk of developing rare Blood Clot. Researchers from the Mayo Clinic in Rochester, Minnesota, compared data from the general population before the pandemic to data gathered from reported vaccine side-effects suffered by Americans.

Researchers found that a person who received the vaccine was 3.5 times as likely to develop brain Blood Clot as an average person before the pandemic. Blood Clot and specifically cerebral venous sinus thrombosis is a well-known side-effect of the J&J vaccine, and the discovery of this risk was the reason usage of the vaccine was paused in April. The team insists the risk is rare and that the findings must be looked at in the context of the effectiveness of the vaccine in preventing severe cases of COVID-19. 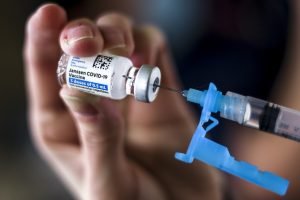 They found 46 reports of CVST to VAERS after receiving the J&J vaccine, though eight were removed from the pool for either being duplicate reports or not being professionally diagnosed. In total, 38 cases tied to the J&J vaccine were detected – with over 70 percent being among women.

When adjusted for population, there were 8.65 cases out of every 100,000 person-years among people who received the vaccine – a rate 3.5 times higher than the general population. Researchers note that the risk is rare and that the small risk of the vaccine is worth the potential benefits of avoiding complications from COVID-19.