Home » Antidepressant Reduces the Risk of Covid 19 Hospitalization and Death

Antidepressant Reduces the Risk of Covid 19 Hospitalization and Death

A clinical trial in Brazil found that patients receiving the Antidepressant early in the course of the infection had a 32% reduced risk of hospitalization compared with those receiving a placebo. The risk reduction was a more modest 5%.

The researchers say this compares favourably with the benefits of more expensive outpatient treatments such as monoclonal antibodies. Dr Mills was co-principal investigator of the fluvoxamine study, which was part of the ongoing TOGETHER trial of repurposed treatments for COVID-19. The researchers randomly assigned 741 patients to take fluvoxamine and 756 to take placebo pills that looked identical. 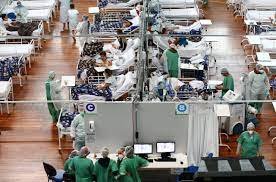 Overall, there were 17 deaths in the fluvoxamine group and 25 deaths in the placebo group, equating to a relative reduction in mortality of 32%. However, for the subset of patients who took the medication as instructed, there was only one death in the fluvoxamine group compared with 12 deaths in the placebo group.Researchers conducted the clinical trial after a large observational study in France reported a significant association between Antidepressant use and a reduced risk of intubation or death among patients hospitalized with COVID-19.

In addition, a small clinical trial in the United States found that COVID-19 outpatients receiving treatment with fluvoxamine were less likely to deteriorate in the following 15 days than those who received a placebo. Several possible mechanisms, including antiviral activity, could explain the efficacy of fluvoxamine in COVID-19, but researchers believe the most likely contender is its anti-inflammatory action.