Facebook is still struggling to persuade users to allow Tracking in App, but it appears that this isn’t the only issue plaguing the business. According to data analytics company AppFigures, Facebook’s app has lost 30% of its downloads in the App Store and Google Play over the last year.

According to the report, in May 2020, Facebook’s mobile app had an average of 15 million downloads per week. However, the app has only received 11 million downloads on both iOS and Android. The first major decline in downloads occurred in June 2020, shortly after Apple released iOS 14, which included many new privacy features.

According to AppFigures, Facebook has seen some download declines in the past, but this is the first time in a long time that the numbers have fallen significantly and for more than a year. Although the company hasn’t stated why, the analyst firm assumes it has something to do with TikTok’s rapid growth. 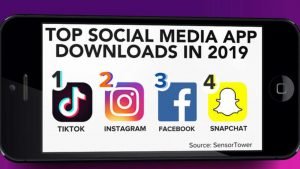 TikTok remains the most downloaded app in both the App Store and Google Play, according to the company, with 52 million downloads in April 2021. Last month, Facebook received 9.9 million downloads on the iOS App Store, while TikTok received 15.9 million. Some users may have stayed away from Facebook due to privacy issues. Since the release of iOS 14.

It includes some new privacy features, the company headed by Mark Zuckerberg has taken a stance against some of Apple’s reforms. The App Tracking Transparency choice and privacy labels on the App Store are examples of this. Facebook has recently been encouraging users to allow app monitoring if they want Facebook and Instagram to remain “free.” Users have also been forced to follow updated WhatsApp privacy rules, or they will lose access to the app’s features.