A drug used to treat rheumatoid Arthritis could help to save the lives of patients with severe Covid, researchers have found, and they say its benefits can be seen even when it is used on top of other medications. Experts involved in the Randomised Evaluation of Covid-19 Therapy trial say baricitinib, an anti-inflammatory drug taken as a tablet, can reduce the risk of death from severe Covid by about a fifth.

They add that when the impact of other medications used alongside the drug are also taken into account, the risk of death could be lowered by well over 50% – although the figure will vary from patient to patient. Prof Sir Martin Landray, a joint chief investigator of the trial at the University of Oxford said that so far what they have now is a suite of drugs which tackle the immune system at different levels, and slightly different ways, which depending on the patient and their circumstances 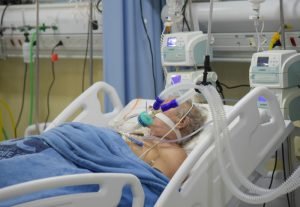 The other illnesses and so on, can be used either alone or in combination and further reduce the risk of death.  He said the drugs did not appear to pose undue risks. The team report how they looked at outcomes for 4,008 patients hospitalised with Covid between February and December 2021 who were given usual care – which included interventions such as oxygen, the steroid dexamethasone, the Arthritis drug tocilizumab, which has to be given intravenously, and the anti-viral drug remdesivir.