Home » AstraZeneca Asked to Up its Buyout by Alexion AstraZeneca Asked to Up its Buyout by Alexion

Alexion asked AstraZeneca to increase the buyout offer several times before they shook hands on the $39 billion deal in December. According to a new proxy filing, the unexpected tax scrutiny had almost derailed the talks. Beginning in late 2019, the Alexion management came under pressure from investors at the beginning of 2019, to put itself back on the block.

From December itself, the drugmaker had put out its not-for-sale record, but the buzz continued as “several stockholders encouraged the company to explore strategic alternatives.” Pascal Soriot took the hint and on 10th August, AstraZeneca CEO reached out to his predecessor, David Brennan, at the British pharma. He is also the board chairman at Alexion. 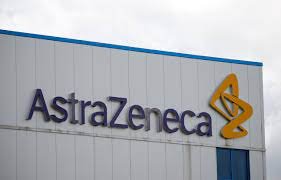 On Sep 2nd came the first offer from AZ to acquire Alexion at $148 per share. The deal came at a videoconference by Brennan and Alexion chief executive Ludwig Hantson. In the next month, Brennan and Hantson rejected the deal giving several reasons like the deal undervalued Alexion. AZ responded by increasing the price to $155 per share then to $170.

However, in October, Alexion got a letter from the Dutch Tax Authorities threatening action on certain tax-related matters. The letter spooked AstraZeneca. On October 24th, the CFO of AZ, Marc Dunoyer, let Alexion know that it was terminating due diligence and negotiations. The British pharma was still interested in the deal, however, it could not proceed till Alexion cleared its tax problems.During the same time, the second participant came back with a new deal of $160 per share bid. Alexion responded saying that it would consider a sticker in that range.