Home » Before Bill Gates left Microsoft Corp., he was investigated

Before Bill Gates left Microsoft Corp., he was investigated

According to a report in The Wall Street Journal, Microsoft Corp. board members decided in 2020 that it wasn’t acceptable for co-founder Bill Gates to remain on the board while they investigated the billionaire’s previous improper romantic relationship with a female Microsoft employee.

The Journal announced online Sunday, citing unidentified sources, that board members investigating the matter retained a law firm to conduct an investigation in late 2019 after a Microsoft Corp.  engineer said in a letter that she had a sexual relationship with Gates for several years. According to the Journal, Gates resigned before the board’s investigation was completed, citing another source familiar with the situation. 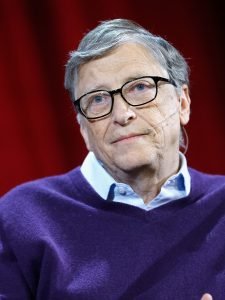 Gates’ anonymous spokesperson confirmed to The Journal that he had an affair about 20 years ago that ended “amicably.” “His decision to transition off the board was in no way connected to this issue,” the spokesperson told The Journal. When Gates stepped down from Microsoft’s board of directors last year, he mentioned that he was doing so to concentrate on philanthropy.

The New York Times claimed earlier on Sunday that Gates had earned a “reputation for questionable conduct in work-related settings.” According to the New York Times, Gates made overtures to women who worked for him at Microsoft Corp. and the Bill and Melinda Gates Foundation on at least a few occasions. The New York Times quoted people who had firsthand knowledge of his behaviour.