Bilibili closes down in Hong Kong

Bilibili Inc tumbled as much as 6.8% in its Hong Kong stock on Monday. Analysts said that the US regulatory crackdown on listed foreign firms hit enthusiasm for the Chinese online video site. The company debuted 2.2% lower and traded down by 6.7% before it recovered to close at HK$800 apiece. 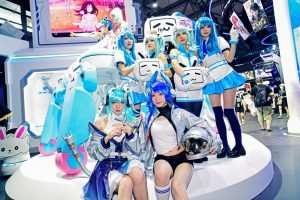 Bilibii raised $2.6 billion after pricing shares at HK$808 each last week. The Alibaba-backed company decline outpaced the Hong Kong’s Hang Seng Index closed down 0.07%. The Tech Index <.HSTECH>was sold off by 1.8%. Over the past 18 months, Hong Kong has seen a flurry of Chinese tech firms hold initial public offerings in the city, part of a drive to list closer to home Hong Kong raked in an impressive $49 billion in IPOs with hugely popular second listings by the likes of JD.com and NetEase.

A Hong Kong debut by Chinese search engine Baidu last week raised $3.1 billion through its IPO but its shares finished flat on an opening day and have since sunk some 15 per cent. Bilibii is already listed in New York. It is a fast-growing video streaming site with 200 million young Chinese users.

This site is considered as China’s Youtube which allows the users to upload and share video with voiceovers and music added. It was founded in 2009 by Xu Yi, a college student and in the beginning, it was used by the fans of gaming and anime. The company sold 25 million shares in Hong Kong and its filing shows Alibaba bought more than a third of the stock, taking its holdings to 8.2% of the company.