China could launch the first module for its space station this month. The country also prepares to send a large space telescope to join it in orbit within the next few years. 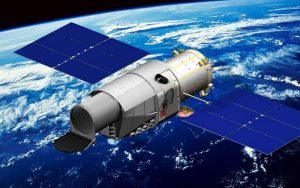 According to Xinhua, the China Space Station Telescope which is set to launch in 2024, will operate as a space optical observatory for Chinese scientists to carry out sky surveys. .The telescope is called Xuntian which translates to survey the heavens which will have an impressive 6.6-foot diameter lens, making it comparable to the Hubble Telescope Scope. It boasts a field of view 300 times greater than that of 31-year-old Hubble while retaining a similar resolution.

The wide field of view will allow the telescope to observe up to 40 percent of the sky over ten years using a huge 2.5 billion pixel camera. The telescope will co-orbit Earth along with the China space station and will be able to periodically dock with the future crewed outpost.

Zhou Jianping, the chief designer of China human spaceflight program, told China Central Television in March that the telescope will be set up in an optical module that can fly independently in orbit for the higher efficiency of a space probe. They will make it fly in common orbit with the future space station. This will help us refuel the telescope and carry out in-orbit upgrades for it. They will always keep it on the level of an international frontier.This could be a big advantage for the China Space Station Telescope as the Hubble required several missions to repair, upgrade and replace a variety of components and systems.