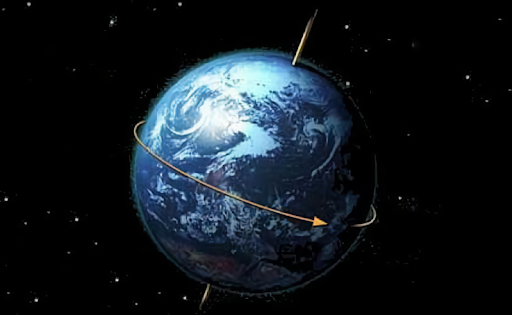 According to the new study, the reason for a 1990s shift in Earth’s Axis is climate change. More specifically, the melting of glaciers that’s occurred as a result of global warming is the cause of a shift in the Earth’s axis that happened in the 1990s.

According to the study, published as part of the American Geophysical Union’s geophysical research letters said that this shift saw the Earth’s pole, which is the point where the Earth’s rotational axis intersects its crust in the Northern Hemisphere, drift in a “new eastward direction. To determine how this might have happened, scientists observed two possible theories and their outcomes about the Earth’s axis. 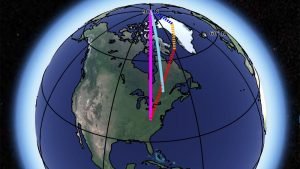 The study also said that one scenario assumes that the terrestrial water storage change throughout the entire study period (1981-2020) is similar to that observed recently (2002-2020). The second scenario assumes that it changed from observed glacier ice melting. The second scenario, along with the atmosphere, oceans, and solid Earth, agrees with the polar motion during the period of 1981-2020.This new finding, which posits that the accelerated terrestrial water storage decline resulting from the glacial ice melting is thus the main driver of the rapid polar drift toward the east after the 1990s indicates that a close relationship between the movement of Earth’s poles and climate change exists.

According to SciTechDaily, the direction of polar drift shifted from southbound to eastbound in 1995, and from 1995 to 2020, the average speed of the polar drift, which increased about 17 times the average speed recorded from 1981 to 1995. To check their theory, the scientists in the study calculated how water stored on land, that is glaciers, changed. The team found that the contributions of water loss from the polar regions are the main driver of polar drift, with contributions from water loss in non-polar regions.