SpaceX is now more than halfway to completing eight orbital SpaceX’s Falcon 9 launches in six weeks, following the successful launch of Starlink-26 yesterday. SpaceX launched four astronauts on a flight-proven Falcon 9 booster – and in a flight-proven Dragon capsule – in a pioneering spaceflight first on April 23rd, following a one-day delay due to bad weather. 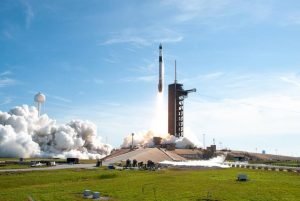 SpaceX, on the other hand, is far from done after launching 234 satellites, four astronauts, and five Falcon 9s in 22 days – and retrieving all five boosters. The majority of SpaceX’s June launch manifest had already fallen into place about two weeks ago, with three distinct dates in the first half of the month. A few days before Starlink-26’s successful launch, what is likely to be SpaceX’s fourth and final launch, scheduled for May 2021, became clear.

Starlink-28, another Starlink flight, is now set to launch no earlier than (NET) 2:59 p.m. EDT (18:59 p.m. UTC) on May 26th, 11 days after Starlink-26. The mission will be assisted by SpaceX’s Falcon 9 booster B1063. The booster made its debut in November 2020 at Vandenberg Air Force Base (VAFB) in California and was sent to Florida two months ago. Its second launch will be Starlink-28.