Connecticut state health officials are investigating reports of fentanyl-laced Marijuana following dozens of pieces of patients who suffered opioid overdose symptoms after claiming they had only smoked.So far, one case related to Marijuana tested positive for fentanyl. This highly potent opioid can be lethal in minuscule doses, the Connecticut Department of Public Health [DPH] announced on Thursday.

DPH Commissioner Manisha Juthani in a statement said that this is the first lab-confirmed case of Marijuana with fentanyl in Connecticut and possibly the first confirmed case in the United States.  There have been over three dozen such incidents reported to the DPH since July, in which patients said they were only smoking Marijuana but had to be revived with naloxone 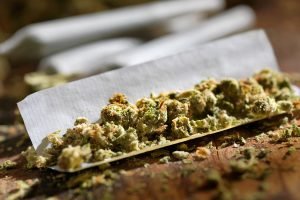 According to the DPH, the overdose incidents were dispersed across the state and officials were unable to detect a pattern until October, when there were several reported overdose incidents where Narcan was required near Plymouth. The Plymouth Police Department was able to secure a sample for testing which tested positive for Marijuana, Delta-9-Tetrahydrocannabinol and fentanyl.

On Wednesday, the U.S. announced it had crossed the grim milestone of 100,000 overdose deaths in the last 12 months, a near-30 percent jump from last year. Deaths due to opioids, including fentanyl, accounted for more than 75 percent of fatalities during the yearlong span, data released Wednesday showed.