The increase in deaths tied to the deadly opioid fentanyl is prompting concern from the border, where it’s crossing into the United States in record amounts, to research institutions across the country. The drug mainly originates in China in its illicit form, and precursors are about 50 times stronger than heroin.

Health professionals hope fentanyl-detecting test Strips will help reduce the number of deaths related to the dangerous drug. While abstinence is the sure way to avoid fentanyl-related deaths, health experts suggested those who engage in recreational use of drugs should consider using fentanyl test Strips before ingesting the substances. 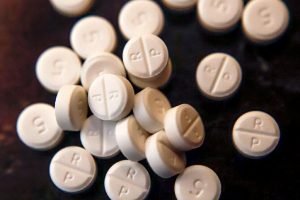 Experts said that fentanyl cannot be detected by sight, taste, smell or touch and is often added to other drugs to make the drugs cheaper and more powerful. It also makes the drugs more addictive and more dangerous. Knowing if the drugs you plan to use contain fentanyl can lower your risk of overdose, according to health experts who explained how to use the test Strips.

Fentanyl is a poison hidden in counterfeit pills and other substances without the knowledge of the user. It is the driver of the overdose crisis from the regular user to the kid in high school who pops a pill at a party and is found dead the following day,” Fred Muench, Ph.D., who is president of the Partnership to End Addiction. Muench also said these fentanyl test Strips could make an impact on deaths related to the opioid crisis and said, “Readily available fentanyl test Strips will save lives and should be disseminated across the country for free.”