Genomic scientists at KAIST have successfully carried new study to analyze the process and its various characteristics in human embryonic development. The scientists for getting the insights have used large-scale, whole-genome sequencing of cells and have studied the tissues from adult humans. The key aspect of human embryonic development studied is the somatic mutations in normal tissue and the analysis of normal tissue in multiple organs.

The human body consists of trillions of cells, and how the development of a single fertilized egg leads to a fully developed adult is a great mystery to solve. Scientists and researchers face huge ethical challenges in studying human embryos. This largely failed the attempt of scientists to study the embryonic process in detail. 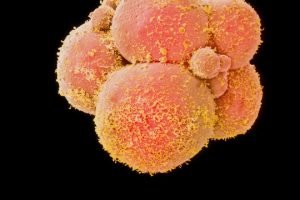 To overcome the issue, researchers at KAIST took different attempts. The scientists analyzed the genetic mutations of cells taken from the adult human post-mortem tissue. They studied the mutations occurring spontaneously in the early stages of development in the cell divisions. The genetic cell mutations are called Genomic scars. They are like the fingerprints which are used to study the process of embryonic development.

The study has revealed several key characteristics of the process involved in embryonic development. The study undertaken by the researchers has now proved the ability of Genomic technology to accurately identify mutations in a single-cell genome. According to the scientists, this new study will allow the scientists to further track human embryogenesis at a higher level. Most importantly, the techniques used to study the mutations will help to further understand rare diseases caused by abnormalities in the embryos.