A new study published on Thursday in the journal Current Biology suggests that choosing judgments that are easier in the short term but poorer overall may be a biological control mechanism to counter cognitive weariness. The author of the study Mathias Pessiglione is the Inserm research director at the Brain and Spine Institute in Paris. “

Influential theories suggested that fatigue is a sort of illusion cooked up by the brain to make us stop what we are doing and turn to a more gratifying activity,” he said in a news release. Fatigue would be a signal that makes us stop working, but for a different reason: to protect the integrity of brain functioning, according to our findings, which reveal that cognitive effort leads in a genuine functional alteration—accumulation of noxious chemicals. In the experiment, 40 participants were given the option of a simple or difficult activity that required them to distinguish letters on a screen for more than six hours. 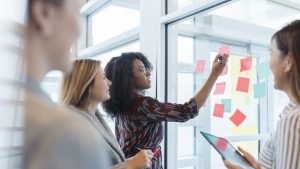 During the trial, participants provided feedback on their degrees of tiredness, and researchers employed magnetic resonance spectroscopy (MRS) to track their metabolic reaction. Then, each participant was given the option of choosing a smaller, more immediate reward that needed less cognitive restraint or a larger, longer-term incentive that required some impulse control. According to the study, participants who had to work longer on the six-hour activity were more willing to accept the lesser incentive. Researchers discovered that participants’ levels of glutamate, a neurotransmitter involved in memory and learning, increased with the intensity of their mental processes.

The study concluded that the glutamate accumulation after prolonged periods of focused thought causes a response in the brain that makes it more challenging to use the prefrontal cortex, the region of the brain that allows us to control our thoughts, leading to Decisions that are more impulsive than strategic. After a long day, less deliberate consideration will go into Decisions, decreasing the likelihood that glutamate will continue to build up to potentially dangerous levels.