Researchers at Kings College London and the British government looked at population-based cancer registry data in the UK between January 2006 and June 2019 for seven groups of women, comparing those who were vaccinated to those who were not.They were looking at data covering the Cervarix vaccine, which protects against two strains of Cervical Cancer-causing human papillomavirus or HPV. Newer vaccines sold under the Gardasil brand protect against even more strains of cancer-causing viruses. 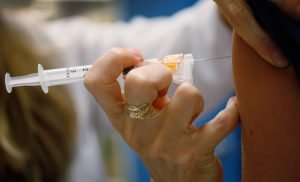 Dr Kate Soldan from the UK Health the co-author of the study said that this study provides the first direct evidence of the impact of the UK HPV vaccination campaign on Cervical Cancer incidence, showing a large reduction in Cervical Cancer rates in vaccinated cohorts.