Scientists know, from a long time, that poor air quality and air pollution  causes lung cancer but new research shows how. Many previous researches have shown that poor air quality as well as air pollution causes lung diseases and lung cancer, even in those who don’t even smoke at all. However, this latest research shows how scientists can find how much it affects the humans. This research also talks about the mechanism that makes it easier for the doctors to understand.

The findings of the study suggests that people with zero smoke history can also develop lung cancer because the air particles from the pollution can force the cells to change. Particularly, the exposure of our lungs to the particle pollution, also known as airborne particulate matter, can be responsible for driving frequent changes in the cells that may contain mutations in certain genes which is called the EGFR. 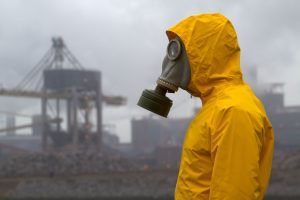 It is seen in almost half of the population who have lung cancer but no history of smoking. It also includes another gene which is called the KRAS. Particulate matter pollution in the air is a combination of both solid and liquid particles. Some of the particles of this polluted air are from dust, dirt, smoke while others may are from natural gases or coal, agriculture, air emitted from cars, etc.