A federal judge has refused to prevent Johnson & Johnson from taking steps to offload widespread Baby Powder liabilities from the rest of the company. This leaves open the possibility that the healthcare giant will move thousands of claims from people who used its talc products to a bankruptcy-prone unit.Late Thursday, U.S. Bankruptcy Judge Laurie Selber Silverstein refused a request by plaintiffs’ lawyers to stop the motion. However, as part of her position overseeing the bankruptcy proceedings of one offormer talc suppliers, lawyers representing people living with cancer urged her to impose a restraining order against the corporation.

According to Reuters, Johnson & Johnson is considering transferring its obligations from the widespread Baby Powder and other talc-related litigation to a newly formed entity that would eventually seek bankruptcy protection. The company’s talc products are currently held at Johnson & Johnson Consumer Inc., a subsidiary. The legal battle was unique in that plaintiffs’ lawyers asked the judge to prevent from pursuing actions that the company’s lawyers stated it had not yet decided whether or not to follow. 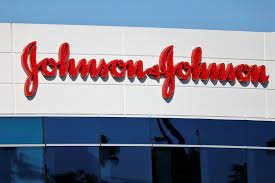 Diane Sullivan, a Weil, Gotshal & Manges LLP lawyer representing, said, “The court rightly denied the plaintiffs’ motion aimed at preventin from engaging in legitimate business transactions, in the event that it chooses to do so.” The bankruptcy case of Imerys Talc America, which once provided talc to and filed for Chapter 11 court protection amid escalating litigation, is overseen by the judge.Since then, Imerys and  have been at odds about whether Johnson & Johnson is obligated to pay the former supplier’s legal fees under indemnity agreements. According to plaintiffs’ lawyers, allowing to shift its talc obligations to a unit that would file for bankruptcy would jeopardize Imerys’ reorganization.

Accordingly, the court ruled that it would be incorrect for her to legally restrict from pursuing a possible future restructuring that might result in the talc liabilities being separated as part of Imerys’ bankruptcy case.She stated that if decides to segregate its talc responsibilities so that Imerys deems damaging or unlawful, Imerys may pursue legal action. Thousands of people have sued , saying that its Baby Powder and other talc products contained asbestos and caused cancer. Women with ovarian cancer and those with mesothelioma are among the claimants. According to Reuters, Johnson & Johnson is considering invoking Texas‘ “divisive merger” statute, which allows a firm to break into at least two organizations.