The governing philosophy allows the cover for the red state governors to cut down the benefits, but that does not make it true.A closer look will disclose more about what the Labor shortage is, much like Donald Trump Jr’s chin, which is clearly a myth.

The shortages are primarily limited to a few industries only such as hospitality, food service as well as retail. The customer has been facing jobs with lower wages, and only a few benefits are not making them as satisfied as they used to be in earlier times. 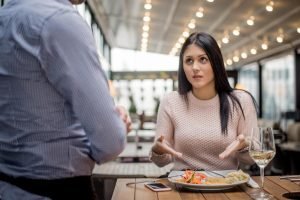 It turns out that the people do not actually want to work for 40 hours a week or hear the endless abuses from the customers and still live in such conditions.Other industries which have living wages and a decent number of benefits are facing no such problems in finding more employees. Amazon has hired up to 500,000 people in the last year, and they are still going.

Along with all of their obvious flaws regarding the capacity and how that affects the employees’ ability to relieve themselves, Amazon pays $15 bucks an hour and also provides a regular schedule.The Labor shortage has had a positive effect on the industries which have been suffering from the inability to operate themselves. For the first time ever, the wages are going up. It is almost as if the giant corporations could have paid the workers more all along this time, but they rather chose not to.