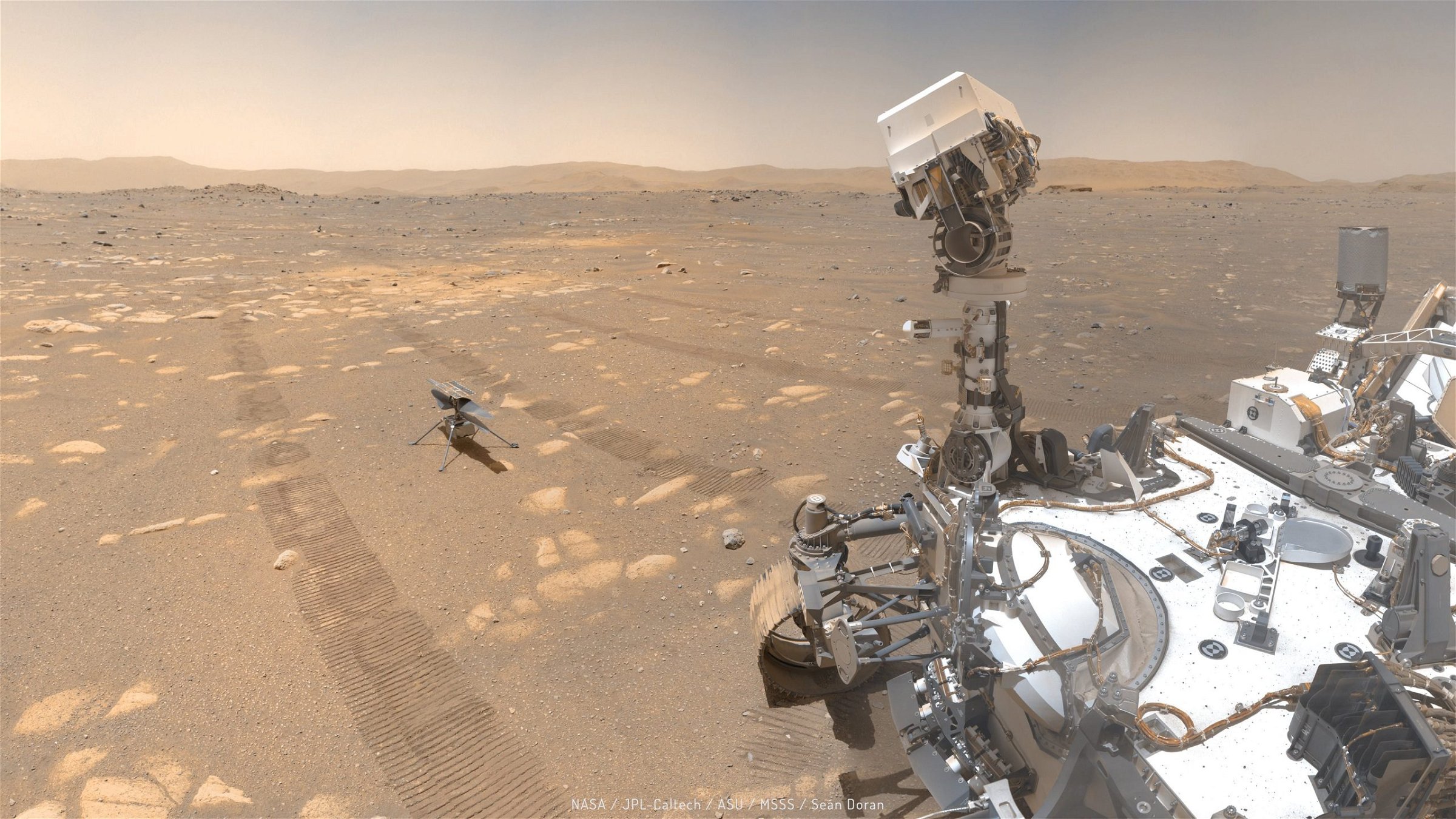 The majority of the rover images we see from Mars are selfies taken with the vehicles‘ own cameras. Flying a helicopter on Mars is anything but ordinary. The Perseverance rover was caught in mid-flight by NASA’s Ingenuity rotorcraft. When Ingenuity snapped the rover on Sunday, it was on its third (and most ambitious) flight. At the moment, the helicopter was 16 feet (5 meters) above the ground and 279 feet away from Perseverance.

The photo isn’t such a Leibovitz. The rover appears small and nearly concealed in the upper left corner of a wide expanse of Martian terrain. The picture represents a helicopter flying on Mars and taking a snapshot of its rover companion, which is breathtaking. In response to the image, the team tweeted, “Oh hey, there I am! Never thought I’d be the subject of another photographer on Mars. Great capture by the Mars helicopter team.”

NASA had stressed that Ingenuity was a high-risk, high-reward technology show, an experiment that could or might not succeed. It’s turned out fantastically. The rotorcraft flew for the first time on another world, powered and operated. Following the first brief hover, the rotorcraft’s subsequent tests have become more dramatic, with the rotorcraft flying higher and faster also covering greater distances. The pioneering chopper will take the fourth flight, according to the Ingenuity team.

The rotorcraft, for the first time, flew to another world. It was powered and became more dramatic by covering more distances. It will fly again soon with the same power and excitement.