Home » Multiple Sclerosis Is Caused by a Virus Multiple Sclerosis Is Caused by a Virus

The demyelinating neurodegenerative disease Multiple Sclerosis (MS) is a complication of infection by the Epstein-Barr virus (EBV). The new study was published in Science by researchers at Harvard Medical School.The findings are powered by a gargantuan dataset taken from two decades of US military personnel, representing the culmination of years of circumstantial evidence showing links between EBV, an endemic and latent infection found in up to 95% of the population, and the onset of Multiple Sclerosis. Alberto Ascherio, a professor of epidemiology and nutrition at Harvard’s T.H.

Chan School of Public Health said that the key finding is that MS is a complication of infection with EBV. Multiple Sclerosis has been considered for many years an autoimmune disease of unknown etiology. This study establishes that this immune process that leads to brain damage is driven by infection with EBV.The link between Multiple Sclerosis and EBV has been suspected for many years, without any killer study able to establish a solid causal link.The majority of healthy adults show prior EBV infection, the number rises even further for MS patients – 99.5% of this group test positive. 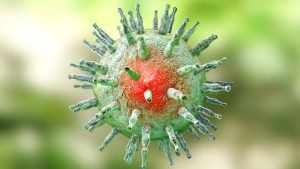 Ascherio says that this new study firmly establishes that connection. It was quite striking how black and white the results are. They think the results are very solid and leave very little doubt.Efforts to establish causal confirmation of previous studies hinting at a MS-EBV link have, until now, faced a major challenge. With so many people infected with EBV by even early adulthood, producing a sample population substantial enough to find EBV-negative individuals that would then go on to develop Multiple Sclerosis would require a unique study design with an unprecedented sample size.

Ascherio and his team found that exceptional sample in the records of the Department of Defense Serum Repository (DoDSR). All active US military personnel are required to submit a blood serum sample at the start and then after every two years of service. Primarily designed to detect HIV, the DoDSR has built up to a vast cornucopia of biological data made up of over 62 million serum samples taken from over 10 million individuals.