Home » NASA Experimental Launch Can Be Witnessed From Massachusetts NASA Experimental Launch Can Be Witnessed From Massachusetts

After yet another day of weather delays, a NASA experiment will try again Wednesday night for a launch that will be visible across most of the East Coast. The mission was supposed to begin on Saturday, but it was postponed due to winds that were too high for a successful launch. Owing to cloudy skies, another attempt for Tuesday night was also cancelled. Due to “upper level winds not being within the necessary limits for a successful launch,” Monday’s rocket launch has been postponed.

According to NASA, the rocket will launch no earlier than 8:06 p.m. on Wednesday. At 8:41 p.m., the launch window will close. The launch will be broadcast live by the space agency. Unlike Tuesday, when the skies were clear across Massachusetts, StormTeam 5’s Mike Wankum says there’s a risk of scattered clouds and showers on Wednesday, which could reduce visibility. 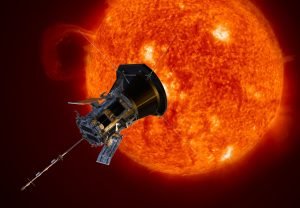 If the rocket does launch, it will be visible for about 30-60 seconds in the southeast sky over Massachusetts, looking like a tiny dot travelling rapidly across the sky. The four-stage Black Brant XII rocket is carrying an experiment to investigate how energy and momentum are transferred between magnetically bound regions of space. The rocket will emit barium vapour over the Atlantic Ocean north of Bermuda about 10 minutes after launch, according to NASA.

NASA explained in the mission summary, “Immediately after release of the vapor, the spherical clouds are a mixture of green and violet, but that phase only lasts about 30 seconds when the un-ionized component of the cloud has diffused away. After exposure to sunlight the vapor clouds quickly ionize and take on a violet color.”