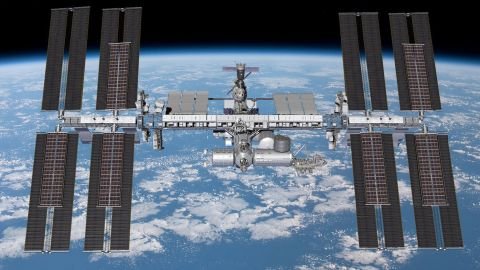 NASA Shares a Stunning View of ISS Infront of the Sun

A photographer from NASA named, Joel Kowsky has captured a few magical moments on Friday, which show a magnificent view of the International Space Station and the sun in the form of a bright orange background in the image.

The ISS appears to be a small shape, along with the solar arrays being visible on either side. In a statement given on Monday, NASA told that this complex image had been made up from seven different varieties of frames showing the International Space Station, along with a crew of seven on board, in the outline as it transfers from the sun at approximately 5 miles per second. 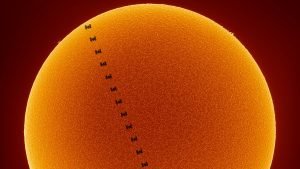 Transits are somehow a bit challenging to photograph. This is because they occur quickly and require getting captured at the correct timing, camera gear, and suitable weather conditions to all play nice. Kowsky tweeted on Friday, stating that “This was a fun one to chase down today.” NASA has also tweeted a GIF version of the ISS moving across the sun so that the viewers and the audience can easily see the station’s development and direction.

This was a particular extra transit since it last occurred while NASA astronaut named Shane Kimbrough and European Space Agency astronaut, named, Thomas Pesquet, was outdoors on a spacewalk to install a new rollout solar display range. The duo had already installed one of the most innovative arrays, which will complement the entire power supply for the station.