After the chef and owner of New York’s top fine dine Restaurant posted a note on its website saying the current food system was “simply not sustainable,” it is ditching meat in favour of a plant-based menu. Eleven Madison Park, which has three Michelin stars and is one of the most prestigious restaurants in Manhattan’s elite foodie scene, is led by Daniel Humm.

The Restaurant was closed during the coronavirus pandemic, but it is now planning to reopen in a way that will undoubtedly surprise many of its pre-pandemic patrons, who paid top dollar for its well-known American cuisine, often featuring meat-centric dishes. 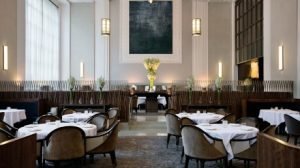 Humm said in a statement, “We have always operated with sensitivity to the impact we have on our surroundings, but it was becoming ever clearer that the current food system is simply not sustainable, in so many ways … It was clear that after everything we all experienced this past year, we couldn’t open the same Restaurant.”They’ve decided to serve a plant-based menu with no animal products – every dish is made with vegetables from both the land and the sea, as well as fruits, legumes, fungi, grains, and a variety of other ingredients.

The news is the latest – and most likely most opulent – boost for those trying to wean people off meat. Epicurious, a culinary website, announced last week that it would not be posting any new beef recipes because of the environmental harm that raising cattle causes and how it hastens the climate crisis. Many big American fast food outlets, such as Burger King, also sell meat alternatives on the opposite end of the spectrum from Humm’s restaurant.