Studies suggests people having autoimmune diseases are more likely to suffer from another heart attack or even death, in some cases. Study shows after the heart attack, people with such as psoriasis and lupus erythematosus are more like to develop heart failure or face another heart attack as compared to those who do not have. These are responsible for increased cardiovascular diseases mainly because of various factors. People with autoimmune diseases have high risk to these diseases like diabetes, high blood pressure or even kidney failure.

The small and single-centered research shows that less evidence is found in the people with autoimmune diseases as they have less risk to heart diseases. Also, the study was conducted to find out if the treatment for both type of people could differ or not and whether or not the risk factors like another heart failure or even death could be prevented. The researchers conducted study on more than 1.5 million people in the US, all of 65 years or above. These people were admitted in the hospital as they had a history of heart attack between the time frame of 2014-2019. 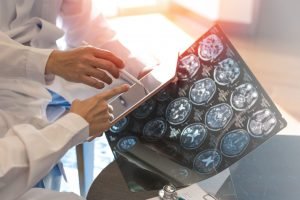 The research was conducted with a tool called MedPAR, also known as Medicare Provider Analysis and Review File, which is a g Governmental database of all the individual patients that have been admitted in any US hospital. Out of these people, about 4% had some sort of and the most common one was rheumatoid arthritis. The record helped researchers analyse several key differences in the people with autoimmune diseases with those without.

The most notable difference was most of the people with autoimmune diseases were women, not men. Another difference was that these diseases were most likely to develop a non-ST-elevation infraction. An NSTEMI is the most common heart attack type which is usually caused by blockage of coronary arteries which supplies blood rich in oxygen to the muscles in heart. This heart attack is much more dangerous, as it blocks most of the arteries connected to the heart