The compound found in a poisonous plant nicknamed the deadly carrot blocks the activity of all COVID-19 variants in isolated cell cultures. Known as thapsigargin, the antiviral agent triggers an immune response in host cells that stops viruses from replicating and appears to be effective against all known COVID variants, including the highly infectious Delta variant. The new study in the journal Virulence.

Extracted from a plant called Thapsia garganica, TG has previously been found to inhibit the activity of several influenza viruses as well as the original SARS-CoV-2 strain. However, the emergence of new COVID-19 variants during the pandemic has raised questions about whether the compound can block some of the more virulent forms of the pathogen. 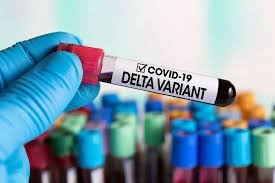 The researchers began by comparing the potency of the Alpha, Beta, and Delta variant. They infected human cell cultures with each strain and measured the viral RNA load in these samples 24 hours later. Initial results indicated that the Delta variant was by far the most prolific, multiplying and spreading at a rate that was four times higher than the Alpha variant and nine times higher than the Beta variant.

The researchers also discovered that the Delta strain significantly boosts the multiplication rates of other variants when cells were co-infected with two different SARS-CoV-2 viruses. All co-infection combinations resulted in what the authors describe as “multiplication synergy”, whereby new virus outputs were greater than the sum of the two variants involved.