Researchers found that defects in a molecule that processes and preps RNA causes cells to churn out faulty versions of UNC13A, a protein that influences how neurons signal one another. Genetic variants in UNC13A associated with ALS exacerbate the issue, as patients with more copies of these variants tend to have higher levels of defective protein and shorter survival times.

Teams led by scientists at Stanford and University College London made essentially the same discovery simultaneously, with both reports published simultaneously in the journal Nature. Their findings suggest that correcting protein production in ALS patients could be a proper treatment strategy, though researchers will first figure out how many proteins they need to target and the best way to do so. 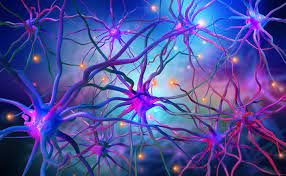 There’s currently no cure for amyotrophic lateral sclerosis, a fatal disease estimated to affect about 5 out of every 100,000 people in the United States. In ALS, neurons in the brain and spinal cord that control parts of your body, including your arms and legs, stop working and die. At first, that can make it hard to walk or run. That’s what forced baseball icon Lou Gehrig to retire in 1939.

In time, chest muscles that control breathing fail, too. Most ALS patients die within two to five years after diagnosis, usually due to respiratory failure. In nearly all patients, neurons in the brain and spinal cord differ from those in people without the disease in a certain way: with those knotty clumps of protein.