Washington County Public Health is investigating six cases of Legionnaires Disease reported within the last week in the Murrayhill area of Beaverton. Four people have been hospitalized.The county said that infected range in age from late 40s to early 80s and live within two miles of Murray Boulevard and Scholls Ferry Road.

Health officials have not identified the source of the infection and want to warn people in the area to look out for symptoms. Washington County Public Health is working with the Oregon Health Authority and the Centers for Disease Control and Prevention to collect samples and conduct tests to determine the sources of the exposure. 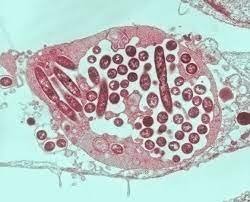 Legionnaires Disease is a type of lung infection caused by the Legionella bacteria, which is naturally found in freshwater but can get into the plumbing system and cause people to fall ill. Growing best in warm water, health officials say common sources include: hot tubs, hot water tanks, large air conditioning and plumbing systems, fountains, and water bodies.

It infects someone after they inhale it in a fine water mist — it is not spread by drinking water.Washington County Public Health says it is interviewing those who have been diagnosed with the disease in hopes of finding a common point of exposure.