The new colourway will launch in Europe between May and August, or until stock lasts. Sony XM4s was sold at $350, several deals have seen them reduced to as low as $278. However, Sony is cranking up the price to $400 in the US. 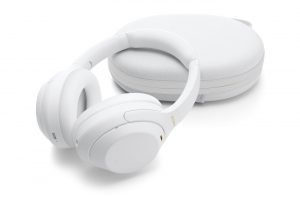 In terms of the design, the white headphones pack the same bronze accents like the black and silver versions. According to, the difference is they feature an additional coat of paint over their traditional counterparts. This makes them more stain-resistant.Sony has also given the silent white treatment to the accompanying accessories, so the carrying case and cables match the look of the headphones.

The internal features remain the same. Sony upgraded the M4 over the M3 with a new Bluetooth Audio SoC that detects outside noise over 700 times per second. A new algorithm for the dedicated QN1 noise-cancelling processor also bolsters audio by applying its computing power in real-time. The two work in tandem to block noise across the frequency curve. In addition, the headphones feature an audio upscaling tech called Digital Sound Enhancement that brings compressed music files closer to their high-res version. The  WH-1000XM4 is currently available in three colours: Black, Blue, and Silver. It has its own 360 Reality Audio technology for an immersive music, and this feature could bring a similar experience to non-360 music.