Home » Space Mission shows Earth’s water may be from Asteroids Space Mission shows Earth’s water may be from Asteroids

After analyzing unique samples obtained during a six-year Japanese space mission, scientists speculated that water might have been transported to Earth by Asteroids from the extreme reaches of the solar system. Researchers are studying the debris returned to earth in 2020 from the Asteroids Ryugu in an effort to give insight into the beginnings of life and the creation of the cosmos.

The Japanese Hayabusa-2 space probe, which touched down on the celestial planet and sent an “impactor” into its surface, collected 5.4 grams (0.2 ounces) of pebbles and dust. Studies on the material are starting to be published. In June, one team of researchers said that they had discovered organic material that suggested that some of the amino acids, the fundamental components of life on Earth, may have evolved in space. 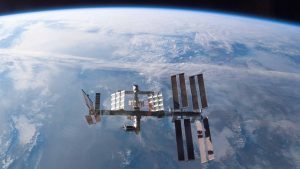 According to a recent study published in the journal Nature Astronomy, the Ryugu samples may hold the key to solving the puzzle of how seas first arose on Earth billions of years ago. The study, conducted by researchers from Japan and other nations, was released on Monday. It suggested that volatile and organic-rich C-type Asteroids “may have been one of the primary suppliers of Earth’s water.”

However, “in Ryugu particles, detected in this study, the organic components undoubtedly represent one key source of volatiles.” According to scientists, this material most likely originated in the outer solar system, although it was “unlikely to be the only source of volatiles delivered to the early Earth.” Approximately 300 million kilometers distant, Ryugu was the target of Hayabusa-2’s mission in 2014; two years later, Hayabusa-2 made a return trip to Earth’s orbit and dropped off a capsule with the sample. The results made possible by the expedition were once more lauded by the researchers in the Nature Astronomy article.