A new study shows that tiny worms could also be used in the same way to sniff out Lung Cancer. Myongji University researchers conducted lab experiments with the roundworm C.elegans and found it wriggles its way towards cancer cells by following an odor trail.

The researchers suggest that a ‘worm-on-a-chip’ device could offer doctors a non-invasive way to detect and diagnose earlier. Lung Cancer is diagnosed through imaging or biopsies. 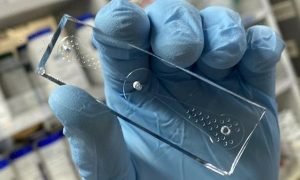 These methods often mean that tumors aren’t detected at their earliest stages. The old research has shown that dogs can be trained to sniff out human cancer. Unfortunately, canines aren’t practical to keep in laboratories. In their new study, the researchers set out to understand whether nematodes – tiny worms measuring just 0.04 inches long – could be used to detect cancer like dogs. Lung Cancer cells produce a different set of odour molecules than normal cells.